Bayesian inference models the process of learning. That is, we start with a certain level of belief, however vague, and through the accumulation of experience, our belief becomes more fine-tuned. Some people take a dislike to Bayesian inference because it is overtly subjective and they like to think of statistics as being objective. We don't agree, because any statistical analysis is necessarily subjective as a result of the need to make assumptions, but also because many approximations are accepted without question, even without warning that they have been made. For that reason we appreciate the extra transparency of Bayesian inference, but it also frequently provides answers where classical statistics cannot. Perhaps more importantly for us as risk analysts, Bayesian inference encourages our clients to think about the level of knowledge they have about their problem, and what that means to them.

Bayesian inference is an extremely powerful technique, based on Bayes' Theorem (sometimes called  Bayes' Formula), for using data to improve one's estimate of a parameter. There are essentially three steps involved: 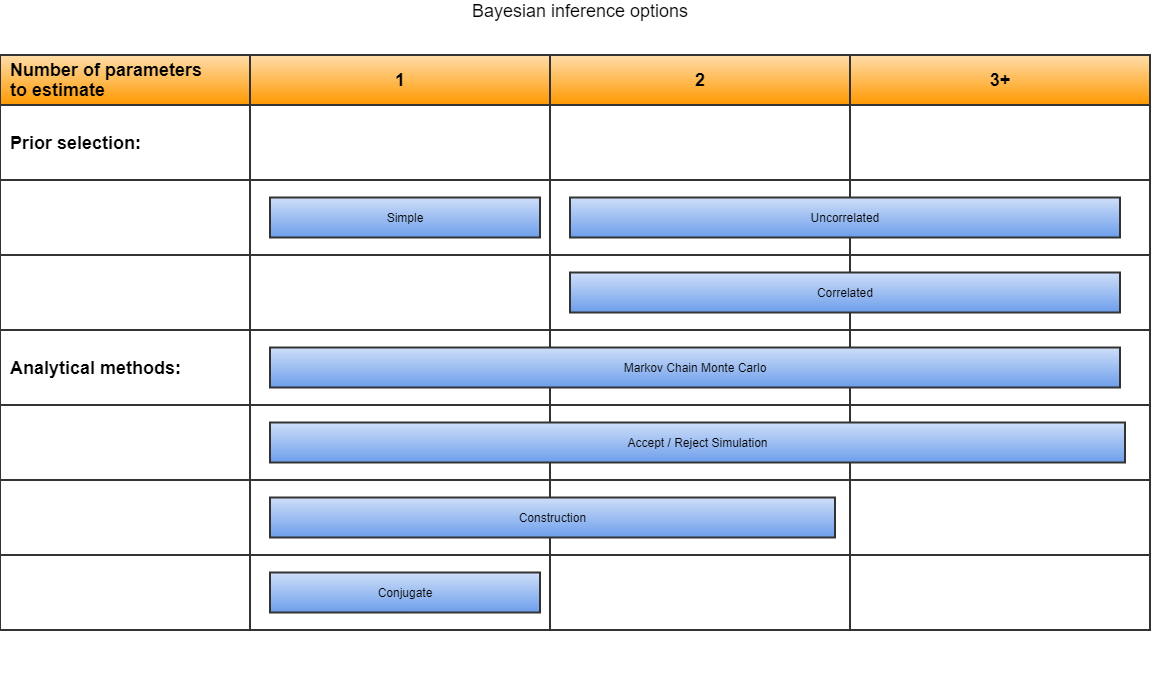 This section starts with some introductory topics:

Introduction to the concept and some simple examples

How to determine prior distributions

How to determine likelihood functions

We then turn to the actual execution of a Bayesian inference for risk analysis models with Crystal Ball by looking at various techniques for arriving at the posterior distribution:

Most important of all, we offer a number of worked examples:

Tigers in the jungle

Gender of a random sample of people

A simple construction model illustrating the importance of the prior distribution

A model to show how to incorporate hyperparameters by simulation, as well as offering both simulation and construction approaches to determining the posterior distribution

Using cow pats to estimate infected animals in a herd

Bayesian estimation of a components mean time to failure MTTF

A simple construction example that shows how we use data that describe being above or below a threshold, instead of exact observations

Showing how Taylor series expansion lets you determine the normal approximation to posterior distributions, and a method for algebraically obtaining the standard deviation

Example of a Taylor series expansion

A quiz on Bayesian inference: