Click the boxes below to explore the main distributions of the four fundamental stochastic processes, and on the arrows to see how they relate. Note that the top half of each box explains the parameter and derivations, and the bottom half describes the distribution(s) used to model each parameter 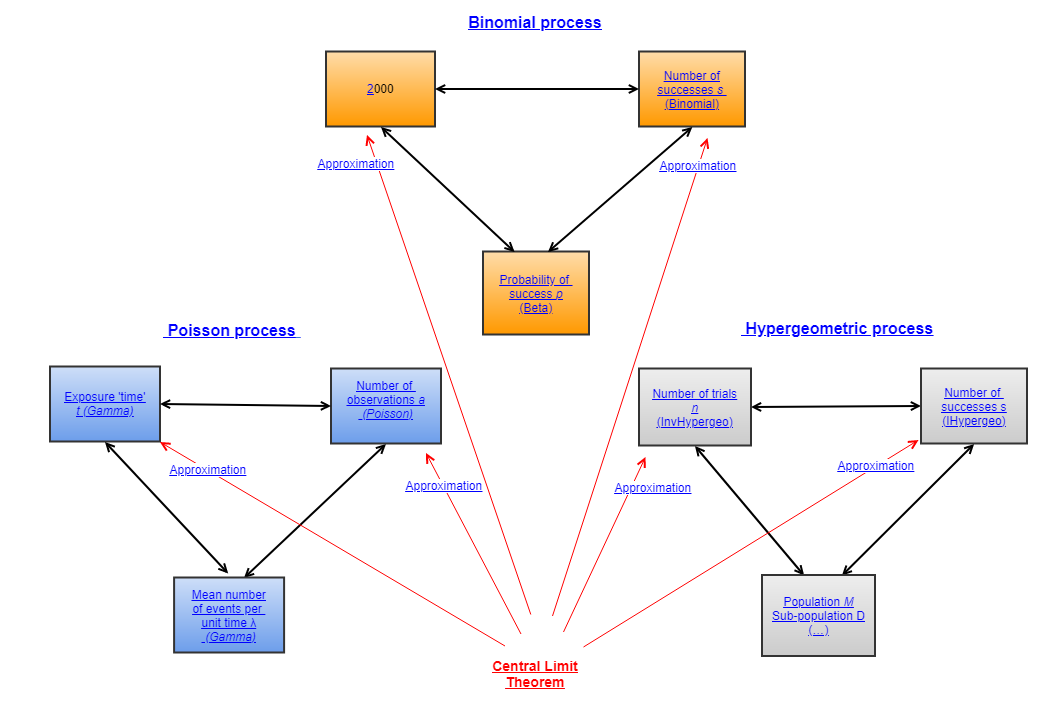